Guidance for the Spiritual Climb

Welcome to the ministries of “Sherpa: Guidance for the Spiritual Climb.” Named after the ethnicity of the invaluable guides in the Himalayas (particularly on Mount Everest) Sherpas, as elite mountaineers, are renowned for their experience and expertise in the peaks and passes of the region and their hardiness at extreme high altitudes.

Sherpa as an organization is a kind of “outfitter” providing orientation and training, accompaniment, support, and services for the spiritual journey. We furnish resources and gear, “kitting out” spiritual trekkers to go deeper as well as higher. We also offer spiritual adventures, events, and pilgrimages.

Sherpa is in the process of application to become a 501(c)(3), i.e., a non-profit organization, dedicated to equipping  Christ-followers to partner with the Holy Spirit in (their own and for others’) Christian transformation. We supply spiritual adventurers with the resources and gear for formation into Christlikeness with the goal of abiding—living in intimacy and fruitfulness—in Jesus Christ. 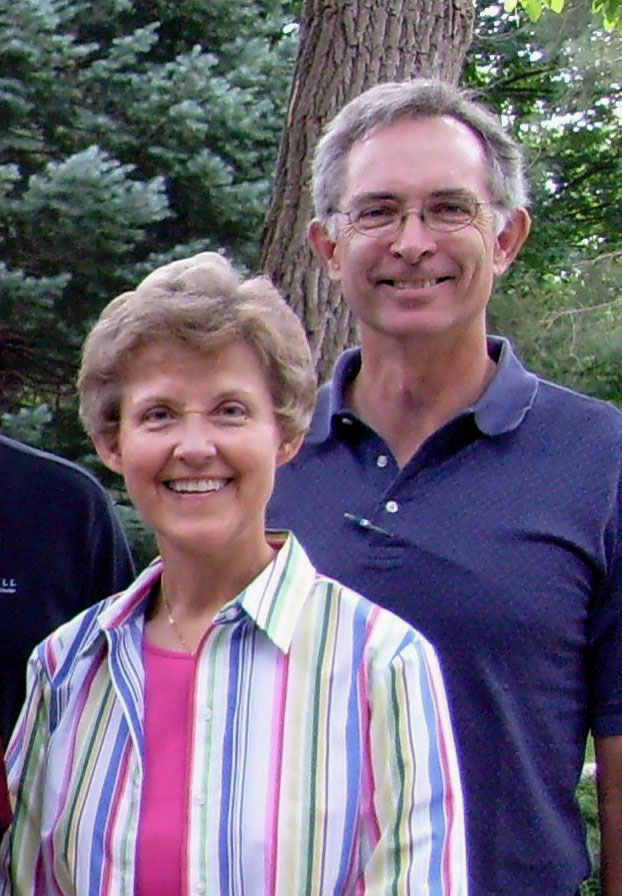 Deborah Menken Gill has served her Lord Jesus Christ as a senior pastor, missionary, professor, and denominational leader of discipleship. She holds a Ph.D. in Biblical Studies, Old and New Testaments, from Fuller Theological Seminary and currently serves as professor of Biblical Studies and Exposition, chair of the Bible and Theology Department, and chair of Master Programs at the Assemblies of God Theological Seminary, Evangel University, Springfield, MO.

Deborah has been married 30 years to her kindred spirit, Jan Gill, an architect, church designer, and mixed-media artist and water-color painter. Jan is also an avid sailboat enthusiast, and has done very well competing in regattas over the years. Debbie says of her “Hub,” “He got me out of the library and into life.”

Over the years, the Gills have sensed the Lord calling them closer to Himself. In 2006 they attended a Soul Care Retreat with Leadership Transformations, Inc. (LTi) in the Boston area. In 2010 Debbie began to engage the services a spiritual director; and by 2014 she had completed the Selah: Certificate in Spiritual Direction Training Program of LTi. During the same time, Jan, took a distance education course from The Contemplative Outreach and began an intensive reading program in Christian spirituality, especially in the Orthodox tradition.

From August 15, 2014 through August 15, 2015, together, Jan and Debbie took a sabbatical that they call “Spiritual Adventuring—journeying deeper into the presence and power of God.” Over those 12 months they traveled to 12 countries, visiting places where people had come into an intimate relationship with Jesus Christ through the power of the Holy Spirit, whether in the past or present, and in any branch of the Church (whether Protestant, Roman Catholic, or Eastern Orthodox). They recorded over 50 hours of audio interviews, conducted on-site research, and most rewarding of all, they experienced the deep spirituality of Christian traditions previously unknown to them. Through it all, they became convinced that the Holy Spirit has been alive and well on Planet Earth over the past 2,000 years!

On their spiritual adventure, the Gills were not simply looking for solitary super saints but for people who led communities of transformation; because that is what they hope to help facilitate. They desire to invest the rest of their lives helping other Christ-followers to see him more clearly, love him more dearly, and follow him more nearly. And from that kind of deep relationship with Jesus, they want to help nurture those Christ-followers to lead their communities into such intimacy and fruitfulness in the Lord.

After the sabbatical, Jan said, “Debbie, this was so life-changing and meaningful, we can’t stop now. We’ve got to keep on spiritual adventuring!” And, so, the spiritual adventuring continues—in two directions. Every year since the sabbatical, the Gills have launched out on a new spiritual adventure. And now since 2018, they share highlights of their favorite journeys with others by offering an annual pilgrimage and prayer retreat. The four-year rotation of pilgrimages features the 16th Century Spanish Mystics, the Ancient Celtic Church and Neo-Monastic Movements, the Saints of Umbria (Italy), and the Ancient Desert Fathers and Mothers and the Coptic Charismatic Renewal (Egypt). For more details read here.

During the years of completing the Selah training, taking the sabbatical, and beginning to offer annual pilgrimages, the Gills have noticed that interest in spiritual direction and soul care has been increasing among their friends and colleagues. Debbie has been offering spiritual direction for a number of years now; but increasingly, people have been asking for training. The Lord has seemed to indicate that the time has come, and thus Sherpa was born.

To be a best friend of Jesus and
to love others to the same. 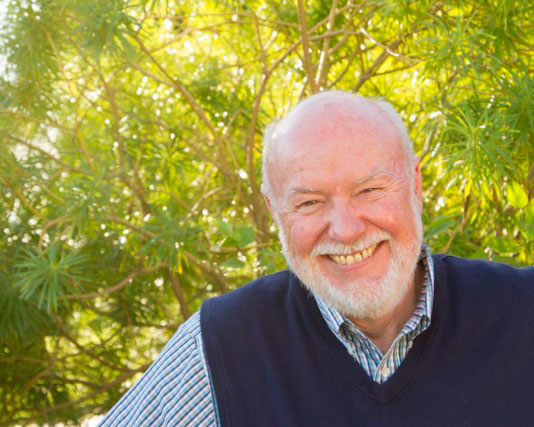 Harv Herman is presently the National Program Director for Chi Alpha Campus Ministries. In over 40 years of reaching students for Christ, Harv with his wife Sally, have pioneered numerous local university ministries, pastored a university church in Seattle, and led a planting team of a dozen Chi Alpha missionaries in Washington D.C., while serving as the first area director over the Northeast region of the USA.

Harv published Discipleship by Design in 1991. DbyD serves many Chi Alpha groups as their training course for student leadership, and after being widely translated it serves student outreach globally. In 1977, Harv was a member of the “San Antonio 7” who formed the philosophical/theological model of ministry that continues to serve as the guiding framework for fruitful local Chi Alpha ministries.

Now, as the National Program Director, he mentors, resources, supervises and cares for four leadership teams. Each of the leaders on each team is a director of a ministry within national Chi Alpha (presently sixteen directors). Harv is responsible for coordinating a sweeping array of programs and strategic initiatives that minister to Chi Alpha’s 30K students on 320 college campuses served by 1,320 missionaries.

Harv’s first two college degrees are in Biblical Theology, and his terminal degree is a Doctorate in Strategic Leadership and organizational managements from Regent University. 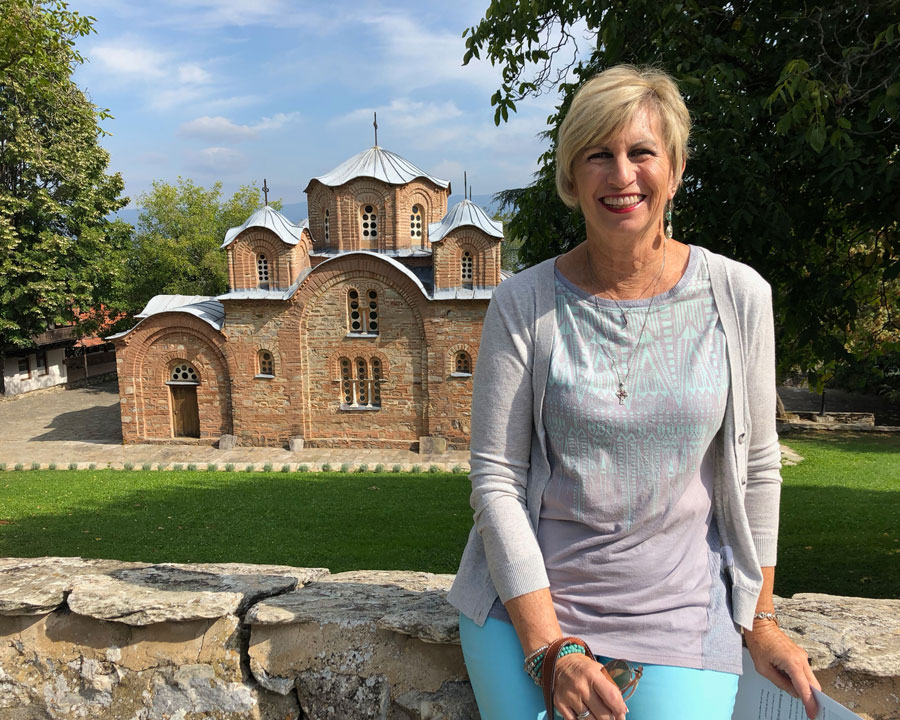 While serving on the faculty of BIOLA University’s Cook School of Intercultural Studies, Dr. Marla Campbell became interested in Celtic Christianity and Talbot Seminary’s Institute of Spiritual Formation. During a career focused on Education and Missions, the Lord gave Marla a passion for holistic integration of Biblical truth into all that she did and taught. Spending a half-year in Europe on sabbatical, Marla studied early monasticism and its role in evangelism, the spread of the Gospel, and spiritual development. Her interest has grown into a concern for soul care along with the spiritual disciplines. This interest drew her back to Europe where she had served as a missionary. She has since rejoined Assemblies of God World Missions focusing on prayer, spiritual retreats, and soul care.

The AGWM Europe Prayer Initiative existed in the form of prayer warriors and soliciting others to pray for Europe for several years. Then in 2014, it was mobilized. From the inception, Marla has traveled by request to visit missionaries, do prayer walks, conduct retreats, and so on.  Her experience came initially from interacting with colleagues successfully developing Biola University/Talbot Seminary’s Institute of Spiritual Formation. Her sabbatical of 2006 enabled her to experience spiritual retreat not only in California but throughout Europe engaging various traditions and studying the roots of soul care as well as the move of the Gospel across the continent in ancient times.

Appointed as a full-time missionary to the Balkan countries during the fall of Communism, Dr. Campbell primarily worked in Bible colleges there and later worked extensively in Asia and the Pacific with Asia-Pacific Education. Now she works all across Europe with the Prayer Initiative, teaching and training.  Her missions opportunities have taken her throughout the USA and to over 75 and 6 continents.